Versus other developed nations, the United States is losing ground in terms of the rate of homeownership, new research finds.

Compared to 17 other first-world countries around the globe, the U.S. homeownership rate has fallen over time, an indicator that the American Dream is becoming less attainable, according to research published by the Urban Institute.

Among the 18 countries for which homeownership was considered, the U.S. ranked 10th in 1990 with a 63.9% homeownership rate compared with its ranking of 13th in 2015. Several European countries followed a similar shift, with Bulgaria, Ireland, and the United Kingdom seeing slides between 1990 and 2015; the proportion of homeowners also declined in Mexico over that span.

Thirteen of the countries saw increases in their rate of homeownership, including a 39.6% spike in the Czech Republic and a 29.6% gain in Sweden.

“While cross-country comparisons are difficult, the slip in US homeownership relative to the rest of the world, and the historically low homeownership rates for Americans ages 44 and younger, should motivate us to look at US housing policies,” the researchers wrote in a blog post on the research published by the Urban Institute. 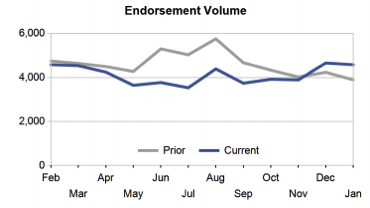 Homeownership among the senior demographic has been touted within the reverse mortgage industry as a clear retirement windfall.

Yet even for those who choose not to tap into their home equity, the option to use the property rent-free once the mortgage is paid can play an important role in retirement savings, the researchers noted in discussing the amount of home equity currently held among seniors in European countries.

A new survey from American Advisors Group (AAG) reveals the statistic regarding the financial stability of both Baby Boomers and their Gen X children.