When people start getting close to retirement, choosing an area where they can get the most for their money and have an enjoyable life are usually priorities. Even more, reverse mortgage lenders may want to focus more on certain areas in the country that may be more populated with older adults than others.

Some of the best areas for retirement in America include warm places like Florida and South Carolina, but other states like Wyoming and Iowa are great options too, according to WalletHub’s Best & Worst States To Retire 2017.

Looking at the big picture, the states with the best overall ranking included Florida, Wyoming, South Dakota, Iowa and Colorado.

Florida had the best affordability ranking, which looks at cost of living, general tax-friendliness as well as cost of in-home services, according to WalletHub.

South Dakota is also notable as it took second place in the health care ranking, which looked at nurses per capita, health care facilities per capita and emotional health. 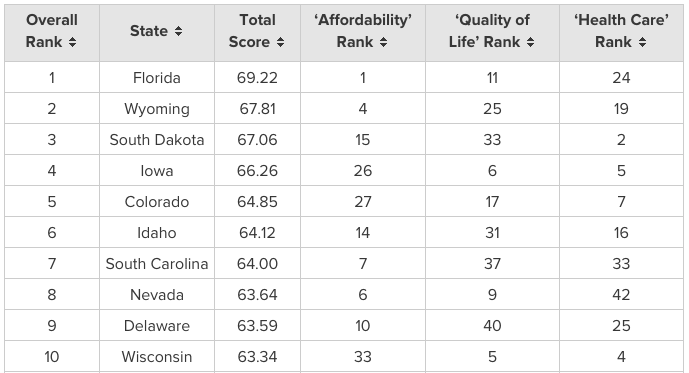 Rhode Island has the worst affordability ranking and Washington D.C. has the worst quality of life ranking, which takes into account elderly-friendly labor market, crime rates, air quality and access to public transportation. 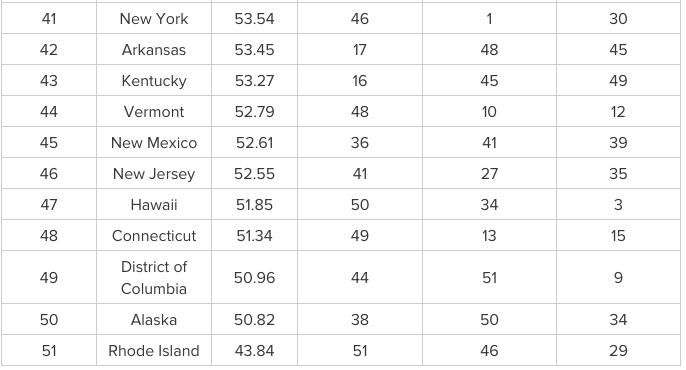 As recent studies have shown, the majority of people want to age in place, so the cost of homemaker services was another aspect that contributed to the overall rankings for each state.

The areas with the least expensive homemaker services annually include Louisiana, West Virginia, Alabama, the District of Columbia and Mississippi, WalletHub found using the Genworth Cost of Care Survey 2016.

See how other areas stack up on WalletHub’s list

The new estimate comes from data released this week by the Bureau of Labor Statsitics, and remains high by historical standards.

This week’s HW+ member spotlight features Tom O’Donoghue, owner at Reverse Loans Now. O’Donoghue has been in mortgage banking for more than 30 years and has been helping and committed to working with Senior Citizens for the last seven years. HW Media: What is your current favorite HW+ article and why? Tom O’Donoghue: How inflation could be a net benefit […]