A homeowner’s ability to pay property taxes is integral to his or her reverse mortgage eligibility and may even affect how much home equity can be tapped. But because property taxes vary from state to state, some homeowners may need to pay more to meet this mandatory obligation than others.

Depending on a person’s financial situation, the payment of property taxes and other obligations, such as homeowner’s insurance, could require some reverse mortgage applicants to set aside a portion of their tappable home equity to cover these ongoing expenses throughout the life of the loan.

The average American household spends $2,127 on property taxes for their homes each year, according to U.S. Census Bureau data recently spotlighted in a WalletHub analysis of state property tax rankings.

To determine real estate property tax rates, WalletHub analysts compared the 50 states and the District of Columbia using U.S. Census Bureau data; dividing the “median real estate tax payment” by the “median home price” in each state. Analysts then used the resulting rates to obtain the dollar amount paid as real estate tax on a home worth $175,700, which is the median value for a home in the U.S., according to the Census Bureau. 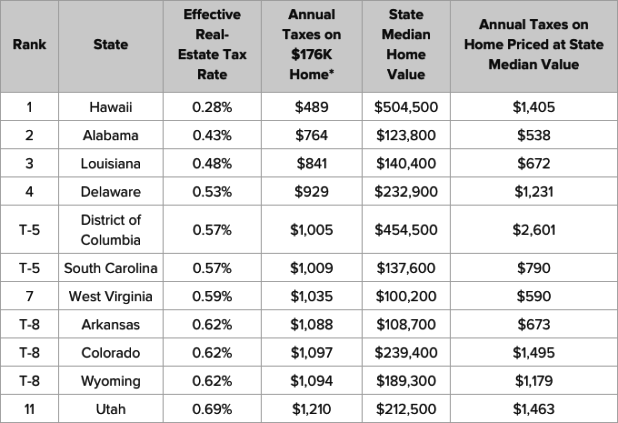 Also down south, Louisiana completes the top-three states with a real estate tax rate of 0.48%. On a home valued at the state’s median price of $140,400, annual property taxes are $672.

As for the bottom of the barrel, the three states with the highest property taxes are New Hampshire (49), Illinois (50) and New Jersey (51). 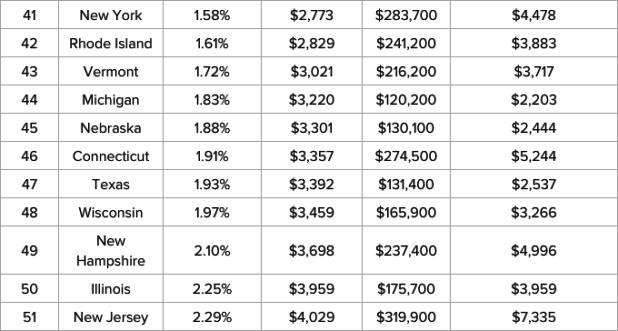 Diving Deeper Into Data Saying 700,000 Seniors Remain Behind on Mortgages